On Saturday 7th of May, a demonstration started around 2pm in Brenner, a small town in Italy on the border with Austria. There has been clashes between demonstrators and Italian police.

Around 500 (five h) people tried to reach the border between Italy and Austria. The demo was called to protest against the initiative of Vienna to built a built walls and fences and introduce more patrols on the border.

The protesters advanced on the railway tracks, on the highway and on the federal road, which are the three access routes to Austria.

While the protesters advanced towards the north, around 500 (five h) riot cops tried for many hours to reject with charges, throwing tear gas and, finally, using a fire hose.

Hundreds of deplyed Austrian riot cops observed across the border. A helicopter of the Austrian police patroled the area.

Around 5.30pm, the protesters were dispersed into several groups: some made their way over the mountains and through the woods that surround the gorge where is the pass. Many others have backed away at the edges of the road and have taken off clothes to protect anonymity. Dozens of them were stopped. Cops feared that they can regroup.

Till now there is 6 comrades arrested: Cristian, Luca, Miriam, Stefano, Sabrina and Nemo. Freedom for them now!

The demo was part of a transnational campaign of No Borders groups that claims the closure of detention centers with their inherent violence and abusive system of detention of migrants. See (mostly in Italian) abbatterelefrontiere blogspot 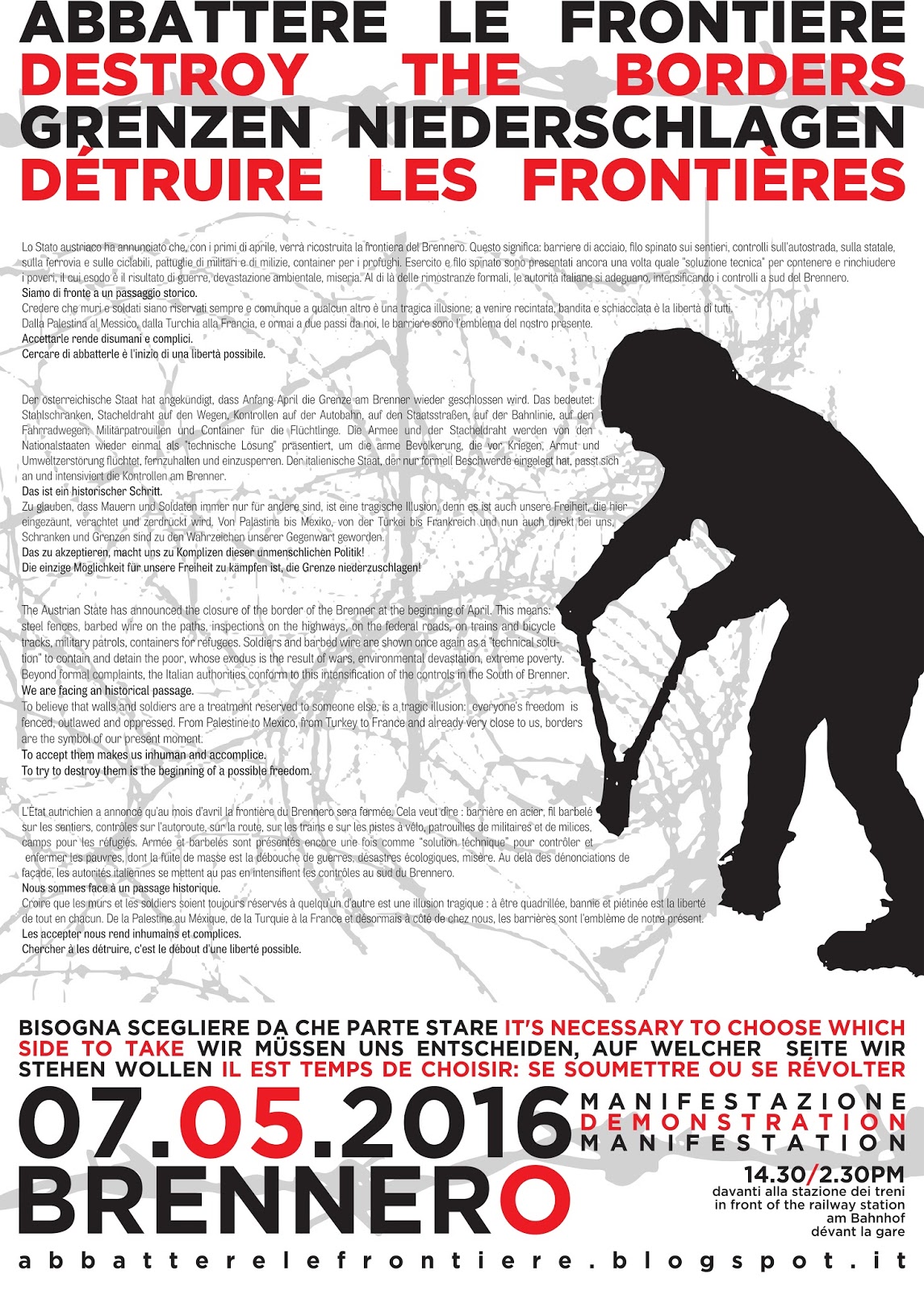